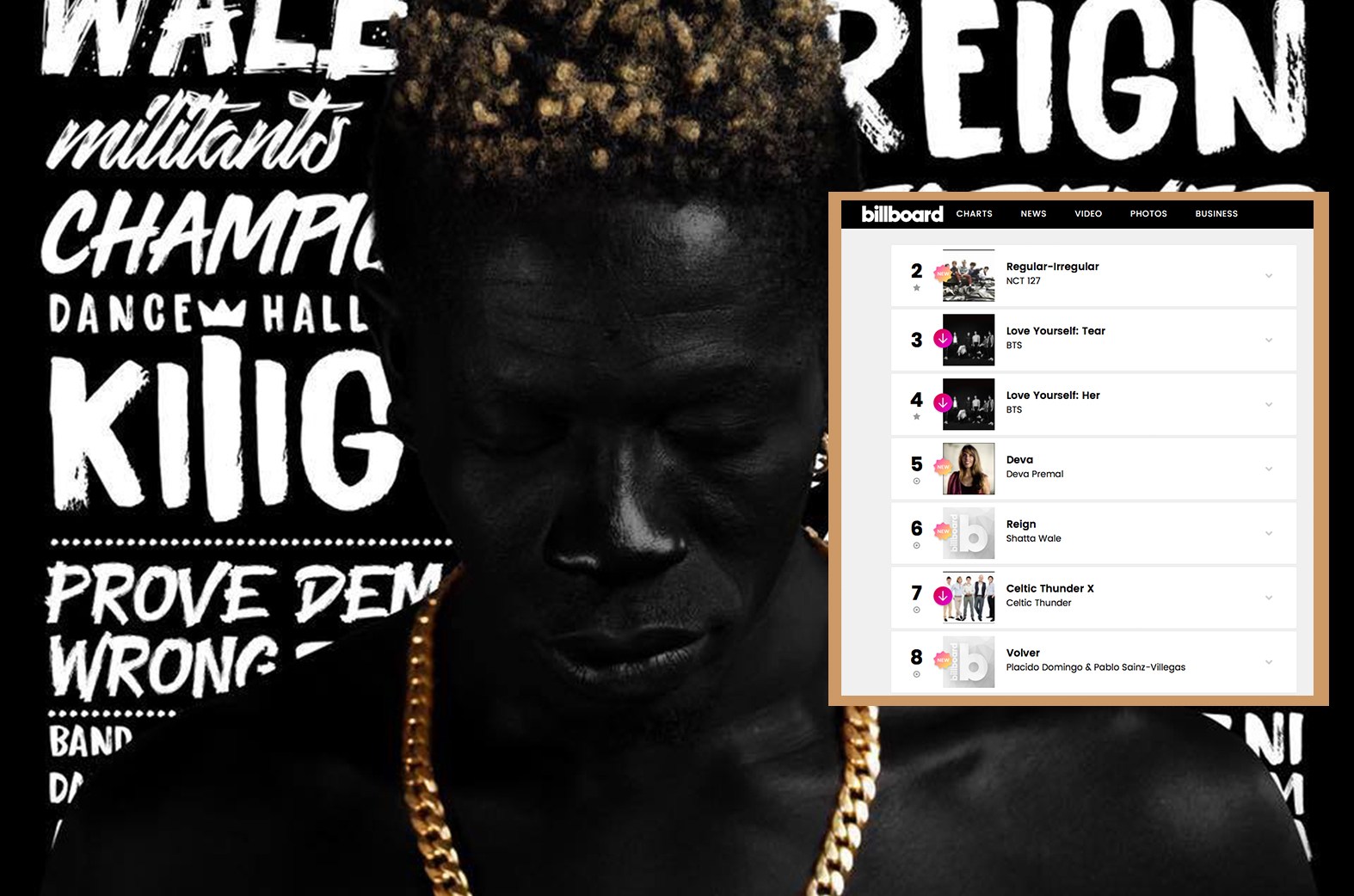 In the lead up to the release of the Reign Album, many issues surrounding the artiste made the headlines.

Some good, some bad but once the album was launched and the Reign Concert was held, Shatta Wale’s album has enjoyed a remarkable and steady rise amongst worldwide music consumers.

With the distribution of the Reign album done by MiPROMO Media, the Reign album hit number 1 on the iTunes World Album Charts and became part of the most streamed albums on Deezer.

And now Shatta Wale’s Reign Album has been placed at the 6th position on the Billboard Top World Album Charts.

That is quite an achievement for a Ghanaian album and for the Ghanaian music industry.

The 11-day old reign album is an 18-track album that was released under the Zylofon Music label.